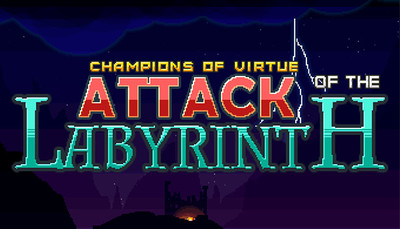 Attack of the Labyrinth +

The forces of evil have invaded the land. A labyrinth of evil has appeared in the kingdom and legions of monsters are pouring out of its vile depths. The king has called upon a small party of heroes, the Champions of Virtue, to vanquish the demon within and free the land from a grim fate!