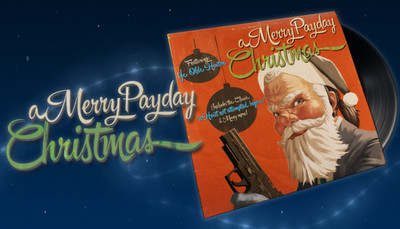 This is a restricted gift which can only be redeemed in these countries: Armenia, Azerbaijan, Belarus, Georgia, Kyrgyzstan, Kazakhstan, Moldova, Republic of, Tajikistan, Turkmenistan, Uzbekistan, Ukraine, Russian Federation

A Merry Payday Christmas Soundtrack is the fourth DLC pack and the second soundtrack for PAYDAY 2. This festive Christmas album is packed with no less than six seasonal hymns, written and produced by OVERKILL's own Simon Viklund and performed by Old Hoxton.