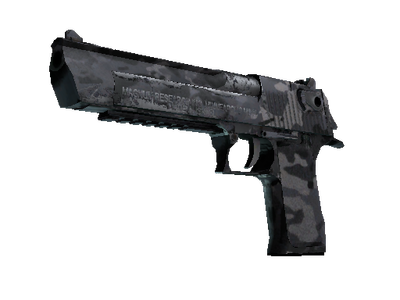 This item commemorates the 2016 ESL One Cologne CS:GO Championship.

It was dropped during the Group Stage match between G2 Esports and Fnatic, and autographed by Cédric Guipouy who was the most valuable player in that round.

As expensive as it is powerful, the Desert Eagle is an iconic pistol that is difficult to master but surprisingly accurate at long range. It has been painted using a VariCamo patterned hydrographic.

Rebuilding only comes in the wake of destruction