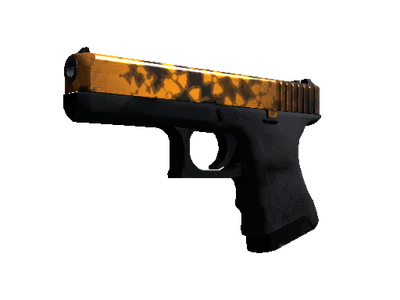 It was dropped during the Semifinal match between Team EnVyUs and G2 Esports, and autographed by Vincent Cervoni who was the most valuable player in that round.

The Glock 18 is a serviceable first-round pistol that works best against unarmored opponents and is capable of firing three-round bursts. It has been painted with a pattern of nuclear hazard symbols using metallic paints.