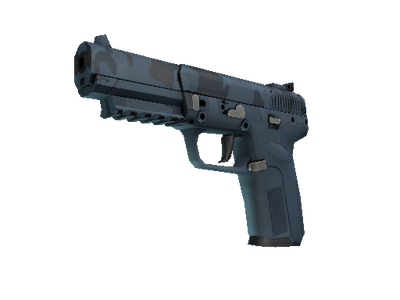 It was dropped during the Grand Final match between Team EnVyUs and Natus Vincere, and autographed by Kenny Schrub who was the most valuable player in that round.

Highly accurate and armor-piercing, the pricy Five-Seven is a slow-loader that compensates with a generous 20-round magazine and forgiving recoil. It has been painted using a forest camouflage hydrographic.

The woods can be a dangerous place... never travel alone