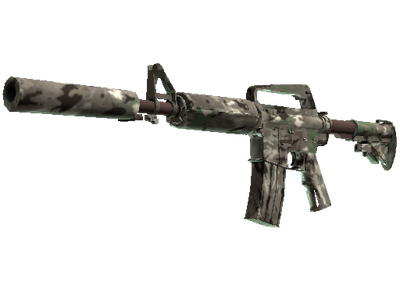 It was dropped during the Group Stage match between Team Immunity and Team Kinguin, and autographed by Dennis Edman who was the most valuable player in that round.

With a smaller magazine than its unmuffled counterpart, the silenced M4A1 provides quieter shots with less recoil and better accuracy. It has been painted using a VariCamo patterned hydrographic.

Rebuilding only comes in the wake of destruction