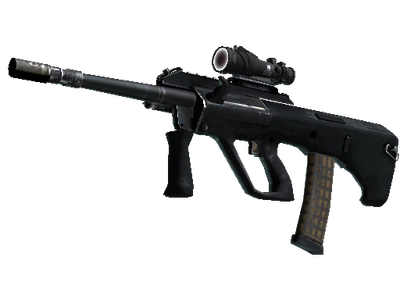 This item commemorates The 2014 EMS One Katowice CS:GO Championship.

It was dropped during the Grand Final match between Virtus.Pro and Ninjas in Pyjamas.

Powerful and accurate, the AUG scoped assault rifle compensates for its long reload times with low spread and a high rate of fire. It has individual parts spray-painted tan, navy and dark green.